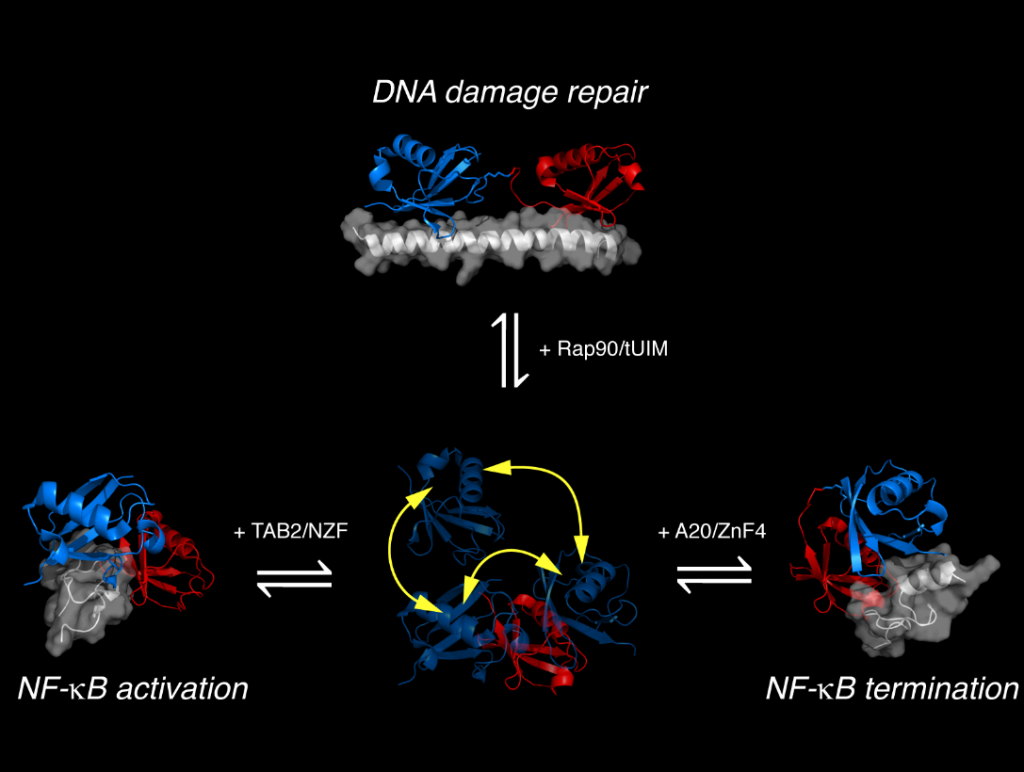 Tang and colleagues revealed a hidden mechanism of how Lys63-linked ubiquitin recognize their target proteins, which was published recently in elife.

Ubiquitin is a 76-residue signaling protein found ubiquitously in cell, ubquitins are linked together via N terminus or one of the seven lysines and lead to the formation of polymeric chains chains of different linkage adopt distinct conformations to specifically recognize respective targets and they are involved in many biologically relevant process such as NF-κB signal pathway, DNA damage repair, proteasomal degradation. Structure studies have indicated that K63-Ub2 predominantly exists in open structure either free or in complex with many target proteins, K63-Ub2 has also been found adopt closed conformation with certain target.

The work has been supported by the National Natural Science Foundation of China (31225007 and 31170728) and by the Chinese Ministry of Science and Technology (2013CB910200) . Dr. Chun Tang is an International Early Career Scientist grant of the Howard Hughes Medical Institute.